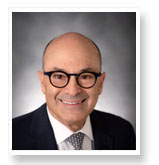 David Klein, MD
Chief Executive Officer
David Klein, MD, MBA, brings an especially informed perspective to his position as CEO of MarinHealth, having spent the first 14 years of his career working as a general surgeon. Since leaving the operating room, Dr. Klein has built a long, successful career as a healthcare executive and hospital CEO. His open leadership style fosters communication and collaboration between the hospital staff, the administration, and the community at large.

Prior to his position at MarinHealth Medical Center, Dr. Klein served as President and CEO of Dignity Health’s two San Francisco-based hospitals: Saint Francis Memorial Hospital and St. Mary’s Medical Center. At Dignity Health, he oversaw a great deal of positive change, including a turnaround to profitability, multiple Healthgrades Five Star and Excellence Awards, the development of a Transgender Health Program, the establishment 14 Bay-Area based urgent care centers, and the launch of the new Bothin Burn Center, the largest burn unit in Northern California.

Before joining Dignity Health, Dr. Klein was Chief Operating Officer and then President of the Baylor Scott & White Health All Saints Medical Center in Fort Worth, Texas. Under his stewardship, the hospital received many accolades for service line excellence and overall quality, including top hospital rankings in US News and World Report. Prior to his role at Baylor, Dr. Klein served as Administrator of Presbyterian Hospital of Denton in Denton, Texas, and as Chief Executive Officer of Cedar Park Regional Medical Center in Austin, Texas.

Dr. Klein has sat on numerous community boards, from the American Heart Association, March of Dimes, and American Cancer Society to the Fort Worth Chamber of Commerce. He is the current Chair of the San Francisco Section of the Hospital Council of Northern and Central California and a member of the San Francisco Marin Medical Society. 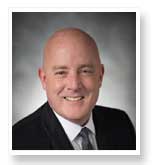 Eric Brettner
Chief Financial Officer
Eric has more than twenty years of experience in healthcare finance, operations, process improvement and change management. Prior to joining MarinHealth, Eric was a regional CFO for a region for PeaceHealth in Bellingham, WA. Prior to that, he served in a number of positions with Dignity Health, including Senior Director of Finance and Chief Financial Officer for the Bay Area Service Area. He has also worked with HCA, Good Samaritan Health Systems and Alta Bates. Eric started his finance career with Arthur Andersen & Co, an international public accounting firm. Eric holds a BS in Business Administration, Accounting & Finance from the University of California, Haas School of Business and an MBA from Saint Mary’s College of California.
info@marinhealthcare.org