Map of the Marin Healthcare District 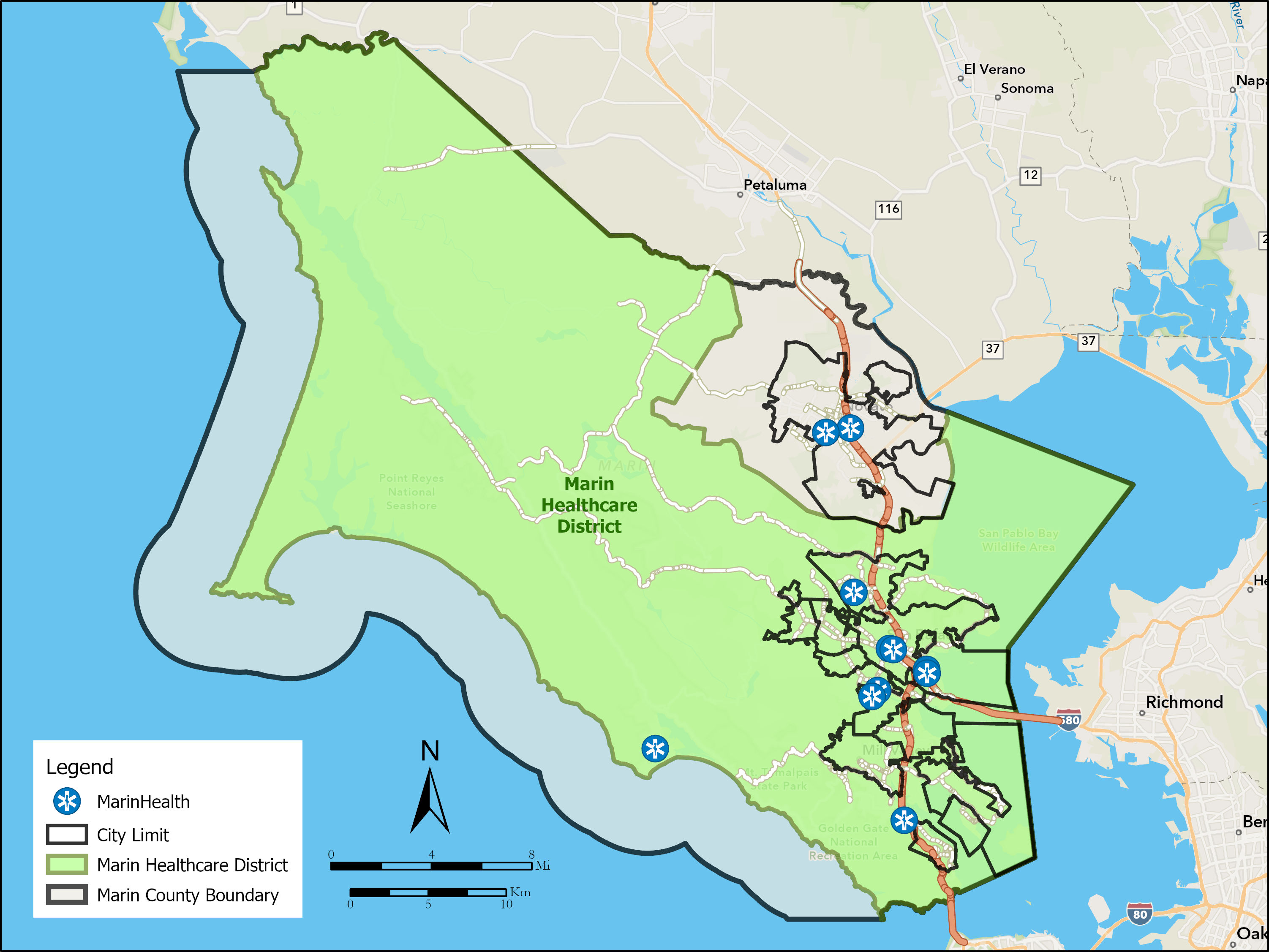 Within Marin Healthcare District's (MHD) jurisdiction, above, MHD is committed to the following standards for its proposed district maps:

MHD and GEOinovo Solutions, Inc. have partnered to provide a digital mapping tool to encourage community input during MHD’s transition from at-large to district-based elections. The mapping tool enables residents to interactively draft districts or communities of interest based on common characteristics within a defined geography. This tool provides an opportunity for community members to contribute to the formation of MHD’s districts for its directors. We are excited to deploy this technology resource as part of our effort to promote transparency and increase community input during our transition to district-based elections.